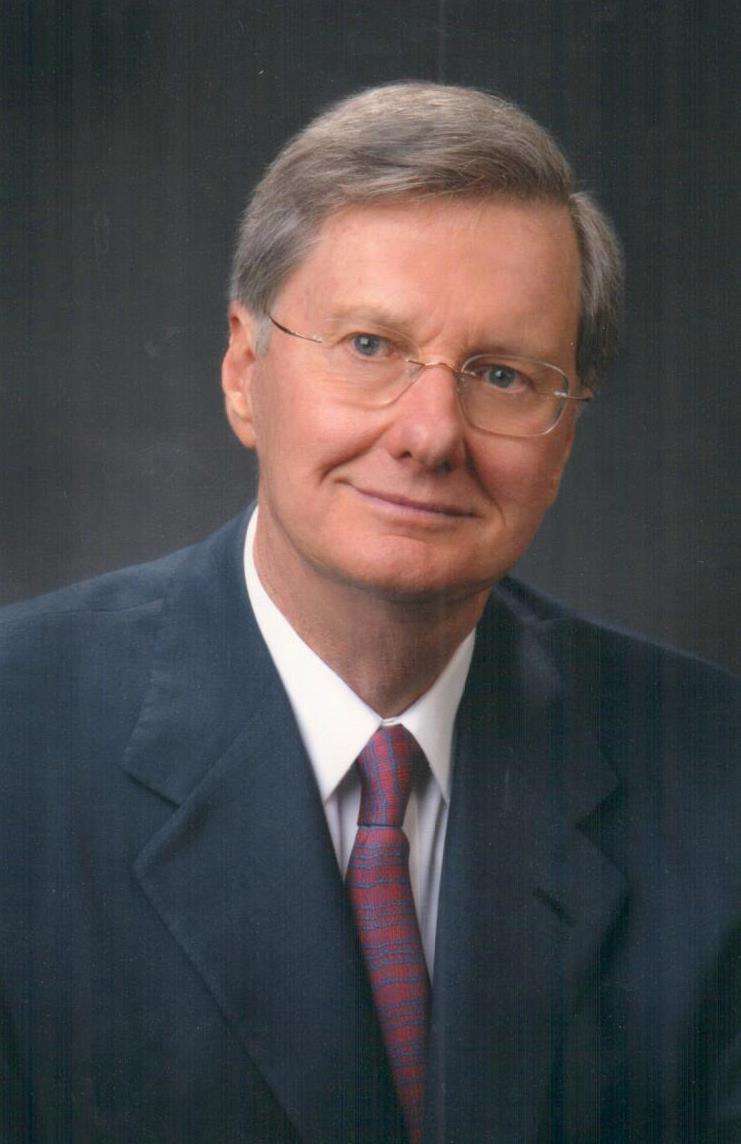 E. Llwyd Ecclestone has been a driving force in Palm Beach County’s development for almost 50 years.  He is a visionary whose contributions to South Florida’s growth are unmatched.

A graduate of the Taft School with a business degree from Wayne State University, Mr. Ecclestone began his construction career in Michigan.  In 1962, he became part‐owner in the Hillock‐Ecclestone Company, purchasing his partner’s interest within a year.  He changed the name to Ecclestone Construction Company and developed and built the first condominium in Michigan – Cherboneau North.  He ventured into building custom homes and other specialized commercial buildings on a design and build basis.

In 1965, Mr. Ecclestone came to Florida to complete the development of Lost Tree Village.  In partnership with his father, he was instrumental in the growth and development of the exquisite 450‐acre private golfing community on the ocean in northern Palm Beach County.  In 1976, Mr. Ecclestone began one of his most notable achievements ‐‐ to build both the Administrative and Golfing Headquarters for PGA of America.  For the next 25 years, under his direction and in partnership with the Kemper Insurance Company, PGA National was developed.  The beautiful community has 5,300 homes, five PGA golf courses, the 339‐room PGA National Resort and Spa and a 140,000 s.f. shopping center on PGA Boulevard. The entire project has been built out and was sold in January 2007.  Subsequently, Mr. Ecclestone acquired three Hilton/Doubletree branded hotels, located in Houston, TX, Anaheim, CA and Overland Park, KS.  He plays an active role in all operational aspects of the hotels.

In 2003, Mr. Ecclestone embarked on developing and owning college student housing projects.   The first of which was a 924‐bedroom community in Morgantown, WV called The District, which was sold in 2012.  In July 2010, a second project with 933 beds and a 750 car parking garage opened in Norfolk, VA, adjacent to Old Dominion University.  In 2012, a 764‐bedroom community affiliated with the University of Arizona in Tucson, AZ sold.  A 900‐bedroom complex in Tempe, AZ opened in 2013 and a 659‐bedroom complex in Ft. Collins, CO is slated to open in August 2014.

Mr. Ecclestone’s influence is not limited to the world of real estate.  He has participated on the boards of numerous organizations.  Mr. Ecclestone is currently chairman of the Town of Palm Beach Shore Protection Board and serves on the Palm Beach County Aviation and Airports Advisory Board and the Palm Beach Civic Association.  He is a member of The Florida Council of 100, World Presidents Organization/past member of YPO, Urban Land Institute and Chief Executives Organization. He has dedicated much of his talent to community projects and initiatives.  Among those was his service as Chairman of Airport 88 and Chairman of the

Construction Committee – a 2‐year expansion of the Palm Beach International Airport that included construction of the main terminal as it exists today.  He is a founding board member and life trustee of the Raymond F. Kravis Center for the Performing Arts, founder, past Director and past Chairman of Sterling Bank, founder and past President and past Director of The Benjamin School and The Benjamin School Foundation, founder and past Director of Black Business Investment Corporation – an organization that expands participation of Black business enterprises in Palm Beach County, founder and past Chairman of Home Safe of Palm Beach County – an organization of provides programs to prevent victims of child abuse and domestic violence, past Director, past Chair and current member of the Economic Council of Palm Beach County – a non‐profit, non‐partisan business organization that identifies issues that affect businesses and have impact on citizens in the county. As chairman of the Economic Council, Mr. Ecclestone led the drive for 7‐single Districts, which changed Palm Beach County elections law from 5‐members elected county‐wide to 7‐members elected by Districts.  Moreover, Mr. Ecclestone has lent his expertise to many organizations as a Board Member including the Florida Housing Finance Authority, St. Mary’s Medical Center and the Commission on Ethics for the State of Florida.

Mr. Ecclestone’s many accomplishments, along with his determination and commitment, have been recognized in several areas over many years.  Northwood University honored him in 1989 as an Outstanding Business Leader and, in 1992, bestowed upon him an honorary Doctor of Laws degree for his meaningful contributions to society.  He was distinguished by the Homebuilders Contractors Association of Palm Beach County with an Achievement Award and the Elmer Hedrick Award for Excellence in the building industry.  He was the second recipient of the Palm Beach Post’s John D. MacArthur Business Leader of the Year Award.  In 2003, Junior Achievement presented him with their Business Hall of Fame Laureate.  The Palm Beach County Convention and Visitors Bureau bestowed Mr. Ecclestone with the esteemed Providencia Award, for making extraordinary contributions to the vitality of Palm Beach County as a desirable tourism destination.  In 2014, Mr. Ecclestone was honored by the Palm Beach Police Foundation with the Palm Tree Award, in recognition of outstanding community support.    Mr. Ecclestone is also involved in many philanthropic activities and is an active supporter of the Peggy Adams Animal Rescue League, Columbia University Hospital, Royal Poinciana Chapel, Susan G. Komen, United Way, Palm Beach Zoo and numerous other charitable organization and institutions.

For relaxation, Mr. Ecclestone enjoys sailing and racing sailboats.  He won the Canada’s Cup from the Royal Canadian Yacht Club in 1972.  In 1990, he was overall winner in the Chicago‐ Mackinac Race.  In 1998, he earned the St. David’s Lighthouse Trophy for overall winner in the grueling Newport‐Bermuda Race.  In the summer of 1982, he enjoyed cruising from Tahiti to Fiji with his four children.  He is also a member of several clubs worldwide, including Explorers Club and New York Yacht Club.