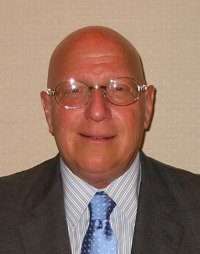 Mr. Bernick is president of Bernick Advisory Limited, a private investment advisory company in Chicago.  Born in Canada, he graduated from the University of Toronto in 1973. Mr. Bernick began his career with Wood Gundy, a leading Canadian investment banking firm, and moved to Chicago in 1974 to join First Boston Corporation. In 1977 Mr. Bernick joined Alberto-Culver, at that time a $150 million sales diversified consumer products company, as director of profit planning and acquisitions.  A director of Alberto-Culver Company since 1986, he was named president and chief operating officer in 1988 and was promoted to chief executive officer in 1994. He retired as president, CEO and a director after thirty years at Alberto-Culver in December 2006, then a $5 billion sales NYSE-listed marketer of beauty care products and the world’s largest beauty supply distribution company through its Sally Beauty subsidiary. Mr. Bernick is a member of the World Presidents’ Organization, Chief Executives Organization, Economic Club of Chicago, Commercial Club of Chicago and the Palm Beach Police Foundation.  He also serves as a director of the Palm Beach Civic Association and on the board of trustees at the Town of Palm Beach United Way and the Field Museum in Chicago. Mr. Bernick has previously been a director on several public and large private company boards, including the Wm. Wrigley Jr. Company (NYSE: WWY) until its $24 billion merger into Mars, Incorporated in October 2008, Mead Johnson Nutrition Company (NYSE:MJN) until its $17 billion merger into Reckitt Benckiser in June 2017, the Duchossois Group and the Havi Group.