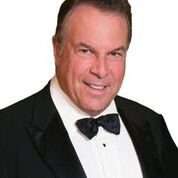 Jeff Greene was born in 1954 in Worcester, Massachusetts. His father ran a business selling used textile machinery and his mother was a religious school teacher. His parents taught and instilled in him a strong set of economic values that would become the basis of a long and fortuitous career in real estate investment and development and business.

Greene worked his way through The Johns Hopkins University teaching religious school three days per week, checking ID’s outside the Hopkins gym and working winter vacations as a busboy and waiter at the Breakers Hotel in Palm Beach, Florida. He received a Bachelor of Arts degree in economics and sociology from Johns Hopkins in just two and a half years. After Johns Hopkins, Greene worked on‐ the‐ road as a circus promoter for almost 3 years, saving what would become the seed capital for what would become a billion dollar real estate portfolio. After 3 years of hard work, Greene went back to Harvard Business School where he received his Masters of Business Administration in 1979.

While at Harvard, Greene began investing in residential real estate by purchasing a 3‐family home not far from the business school, where he would reside while getting his MBA. He gained a quick understanding of the real estate business and by the time he completed his second year at Harvard Business School, he had accumulated 18 properties and a net worth of over a million dollars. After business school, Greene moved to Los Angeles where he successfully navigated a roller coaster real estate market through the 80s and 90s. By 2006, he had accumulated a $1 billion real estate portfolio. He worried about the possible collapse of the real estate market and he devised a hedge for that portfolio in which he would short what he determined were enormously overvalued subprime mortgage backed securities. His investment has been described as the most successful trade in history by an individual on Wall Street.

In 2010, Greene felt that the country was heading in the wrong direction and ran for the Democrat nomination for United States Senate in Florida, for which he was defeated.

Greene manages a vast portfolio of financial investments in real estate, hospitality and energy. He is an active philanthropist supporting a variety of charities and is a signatory to the Buffet‐Gates Giving Pledge.